Students Strive to Better Our World 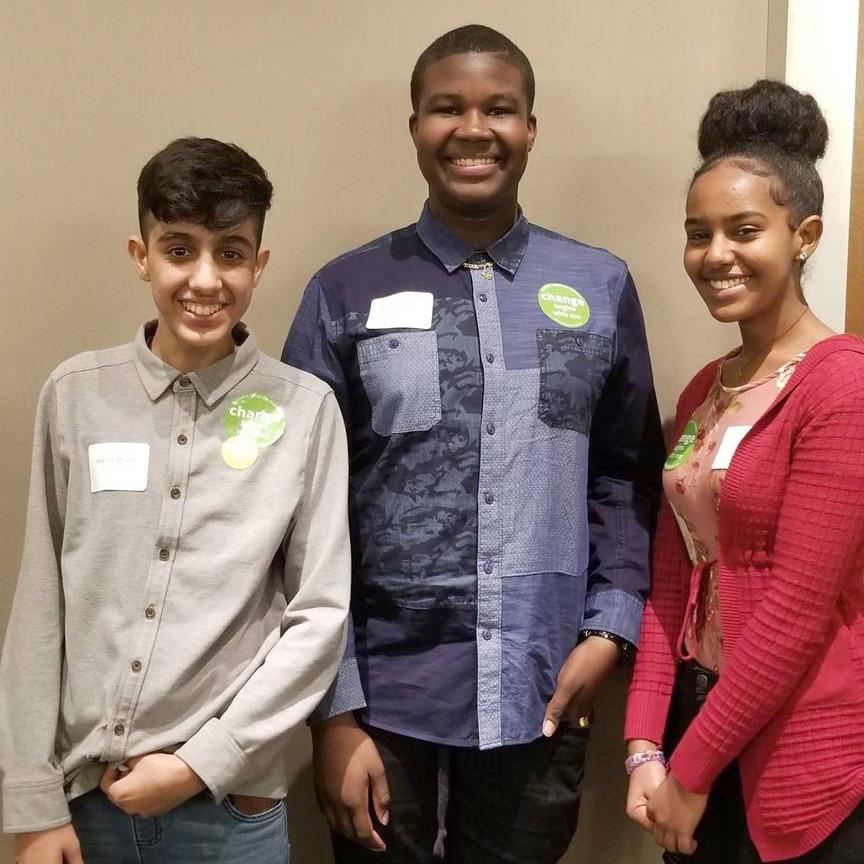 Each year, the Holocaust Center for Humanity in Seattle holds a Voices for Humanity Luncheon, where they highlight stories of local students and teachers who have been inspired by the lessons of the Holocaust to stand up for what's right. This year, three Kent School District students were featured and spoke at the event to an audience of almost one thousand people.

"After learning about the Holocaust, I know I want to be a person who will speak up for others and be a good person in my life,” Abdullah said.

Last year, the students learned about the Holocaust in Paul Regelbrugge’s classroom at Meeker Middle School and had the opportunity to hear from Holocaust survivor Henry Friedman. Friedman's story inspired them to enter the Holocaust Center’s Writing, Art, and Film Contest.

Regelbrugge now works at the Holocaust Center developing ways to help educators across the state teach about the Holocaust and inspire students of all ages to confront bigotry and indifference, promote human dignity, and take action.

“I want to be an upstander,” Abdullah said. “I will always try to honor Mr. Friedman and the other survivors who I learned about at the museum. I want to try to tell other students about what I learned."